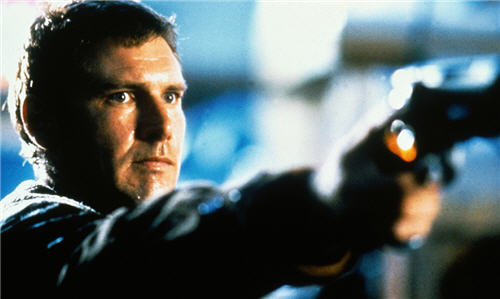 This wonderful, painstakingly compiled list of the Top 50 Dystopian Movies of All Time by Snarkerati reads like a list of my favorite, most inspiring and influential films — with a few I really want to see. They even updated the post with ones they regret they left out! Snip:

Massive dehumanization, totalitarian government, rampant disease, post-apocalyptic terrains, cyber-genetic technologies, societal chaos and widespread urban violence are some of the common themes in dystopian films which bravely examine the ominous shadow cast by future.
A dystopia is a fictional society that is the antithesis or complete opposite of a utopia, an ideal world with a perfect social, political and technological infrastructure. A world without chaos, strife or hunger. A world where the individual potential and freedom is celebrated and brought to the forefront.
In contrast, the dystopian world is undesirable with poverty and unequal domination by specific individuals over others. Dystopian films often construct a fictional universe and set it in a background which features scenarios such as dehumanizing technological advancements, man-made disasters or class-based revolutions.
Ranking the List
We thought it would be interesting if we could coagulate the most commonly cited dystopian movies and rank them not to preference, but to an average score made up of both Rotten Tomatoes (RT) and IMDB ratings. (…)
We’ve taken both ratings, added them together and found an average score for each film. Each of the films are then ranked according to this average score. We’ve also included links to the IMDB and RT profile for each movie so you can learn more about the movie.

Link (thanks, Jason!)
Also: I selected the Blade Runner image (#5) so I could point out that the Battlestar Galactica series has borrowed “skin jobs” as the derogatory term for cylons/replicants — and to also mention that (for those following the series) in season 3 they’re looking for the “final five” — while in the premise of Blade Runner, five replicants escaped and fled to Earth, including a blonde pleasure model. Just sayin’.