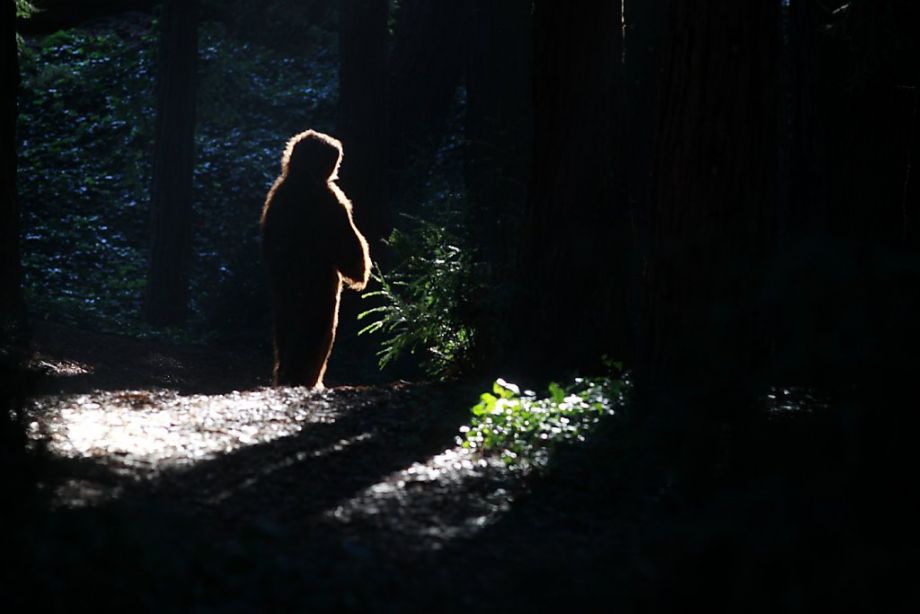 There’s an SFGate post today about a woman who dresses up as Bigfoot in Golden Gate Park:

Dressed in a Sasquatch suit, Leslie Hensley lurks about on the branches of a sprawling tree in the middle of Golden Gate Park. Suddenly without warning, she darts behind a group of joggers on the Stow Lake trail. One runner bursts in laughter just before the life-size, furry creature vanishes behind another tree. “I like playing with people – not in a sadistic way, but genuinely I have a desire to engage with people in a very playful manner,” said Hensley, who runs a participatory art project in the Inner Richmond called Frankenart Mart. She designed the space as a place for people to make art without rules or judgment. Every three months, she creates a new theme and invites the community to participate. “I kind of think of this whole thing as a collaboration,” she said. The current theme, “Outside In,” inspired her to make the Bigfoot suit. It was initially intended for visitors to try on for themselves, but it mostly hung lifeless in the front of the Frankenart Mart storefront. So she decided to push the concept. “I think Bigfoot is kind of a wish for magic in a lot of ways. A wish for the unknown,” she said. “We’ve conquered this world so much that there is not a lot left that’s magical.”

You may recall that earlier this year, a guy named Jonathan Doyle engaged in similar Bigfoot-suit hijinx in a New Hampshire’s Mount Monadnock State Park, filming himself surprising hikers. He got shut down when park officials demanded he pay for a $100 permit and get $2 million of insurance before he could videotape his second sequence. Last I heard, he was suing the State of New Hampshire with the assistance of the ACLU.