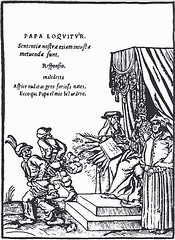 Discovery News reports that microorganisms known as archea may be used to create methane from atmospheric carbon dioxide. To be fair, their headline is not really accurate — is it really farting if there’s not a funny sound? Can archea even giggle?

It sounds like a gag gift instead of serious science, but a new electrical farting machine could improve fuel cell technology by turning CO in the atmosphere into methane.

The technique won’t combat global warming directly, since both CO2 and methane are potent greenhouse gases, but it could help store alternative energies such as wind and solar more efficiently.

It works like this: giving small jolts of electricity to single-celled microorganisms known as archea prompts them to remove C02 from the air and turn it into methane, released as tiny “farts.” The methane, in turn, can be used to power fuel cells or to store the electrical energy chemically until its needed.

“We found that we can directly convert electrical current into methane using a very specific microorganism,” said Bruce Logan, a professor at Pennsylvania State University, who details his discovery in the journal Environmental Science and Technology.

I knew they were having fun over there at Penn. It gives new meaning to the term Dutch Oven. Cue rimshot. Oh, I’m slaying myself.

Image: German peasants greet a Papal Bull, from Martin Luther’s 1545 Depictions of the Papacy. From Wikipedia.